Yosemite National Park in the Winter 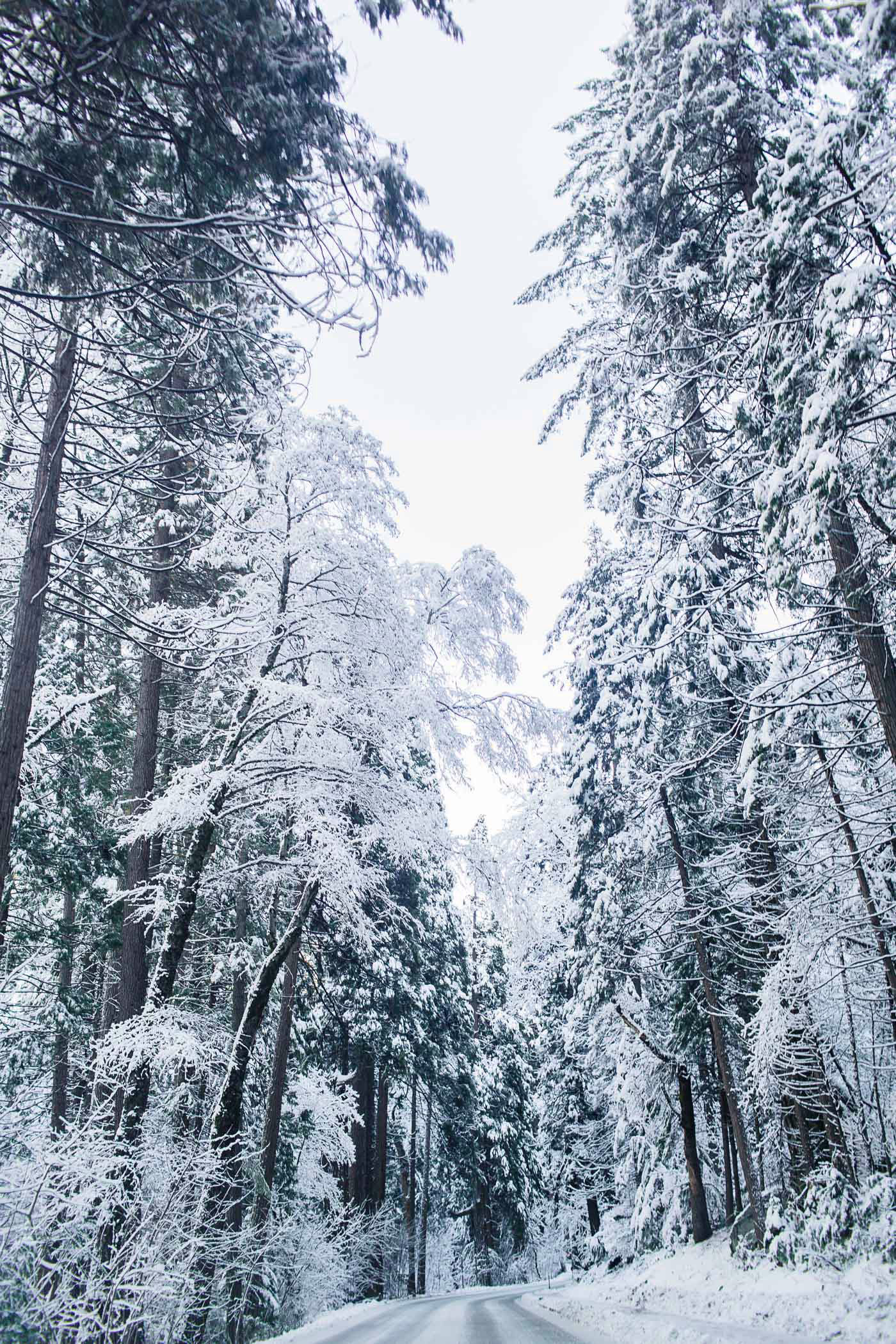 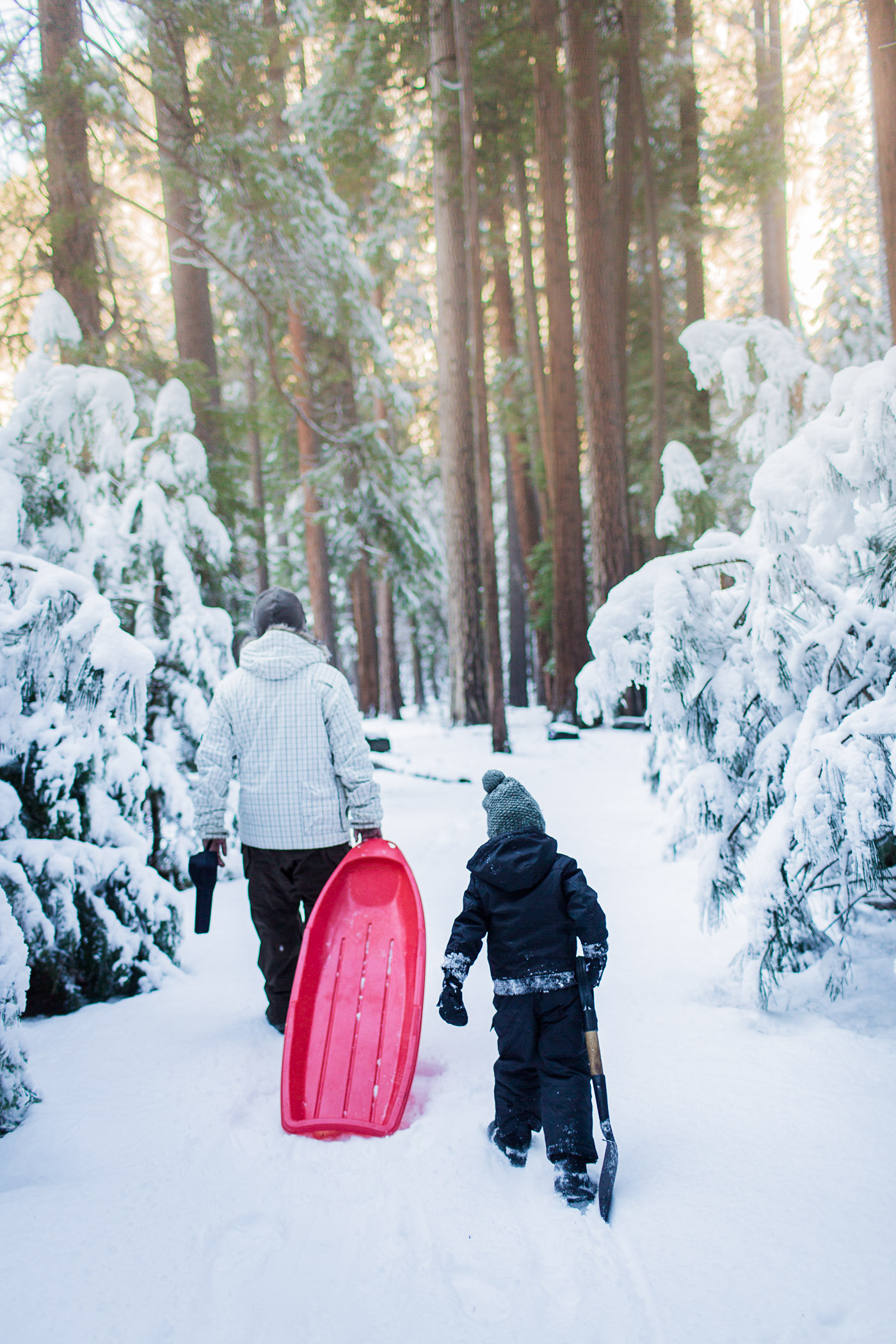 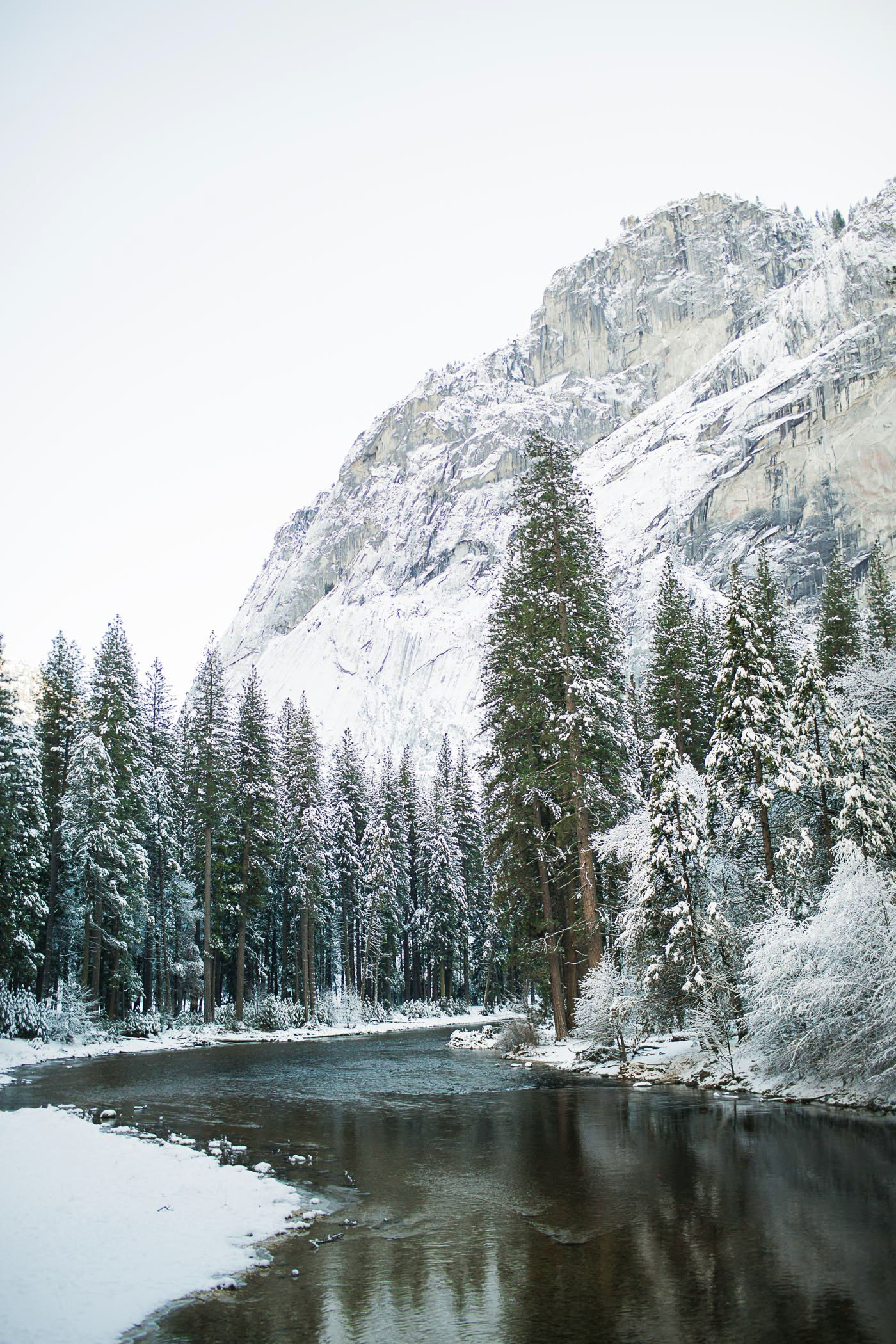 At the tail end of last year we finally managed to make a trip to Yosemite National Park. We live just a few hours away, but for some reason it’s never high on our priority list. The weather had just left us with a dusting of snow, and although there were lots of signs that mentioned chains required, we did not see a single bit of snow until we were well into Yosemite Valley. It was almost as if someone flipped a switch, and we went from dry and snowless to a Winter wonderland. My car is all-wheel drive, so I did not have to chain, but I can see how others might have needed to. Some of the parking areas were icy in places, and our first stop was no exception.

The trail up to Bridalveil Fall was almost completely ice. We used the hand rails and very sides of the trail to maintain our grip and made it up and back safely. Our next stop was a field near Half Dome Village for some snow play and a long walk through the snow-covered woods. As the sun started to dip lower on the horizon we made our way out of the park. On the way out we saw a very tall Yosemite Falls but did not stop. With temperatures in the 20’s and falling, we were pretty cold (even wearing snow gear), so we chose to pass. I haven’t been to Yosemite since I was a child, so this trip was extra special for me to be able to share it with our little ones. We checked into a nearby hotel just outside the gates for a good nights rest before the long drive home.

Have you ever visited a place in multiple seasons? Where? Which was your favorite?

[…] Yosemite National Park We visited Yosemite last WinterWinter and it was pretty magical. I’d love to visit again this Summer to take in the park again and […]

these pics make me want to cry! I especially love the sun shining through in some of the pics! I have been before, but not in the winter. NEED to head here this coming winter!

Yosemite is on my bucket list of places to go. We need to make it out there some day! Looks beautiful.

So beautiful!! I’ve been to Yosemite once in the Summer but would love to visit again during a winter wonderland like this!

Oh Wow!…Who knew Yosemite was even more breathtaking in the winter? Thanks for sharing.

What an amazing photos! looks like I want to go there and see it in live. I love the beautiful view

These photos are amazing!!! It looks like such a winter wonderland and like a great place to visit.

Wow, these are stunning photos! I have only been to a National Park in the Summer but would love to visit one in the Winter.