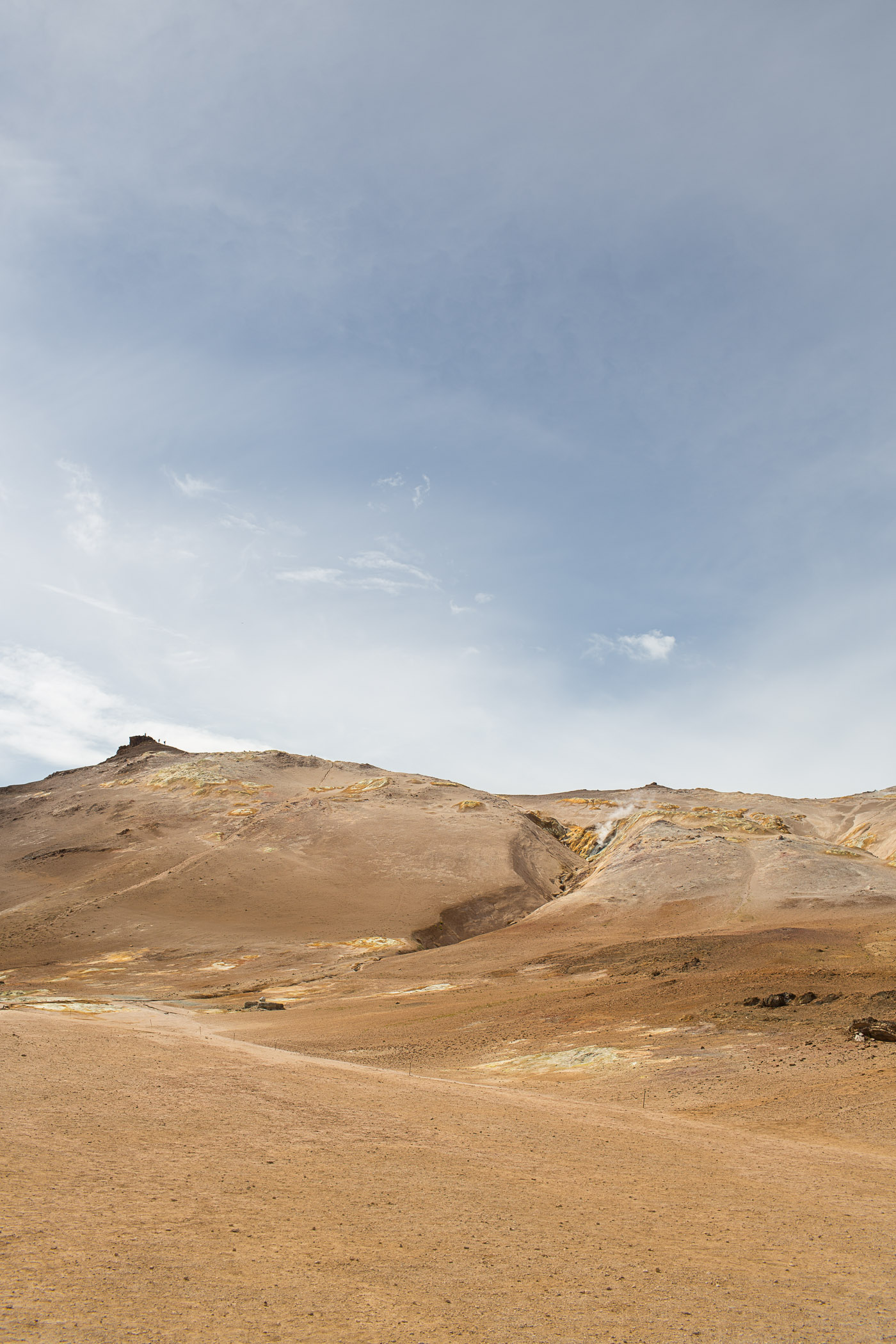 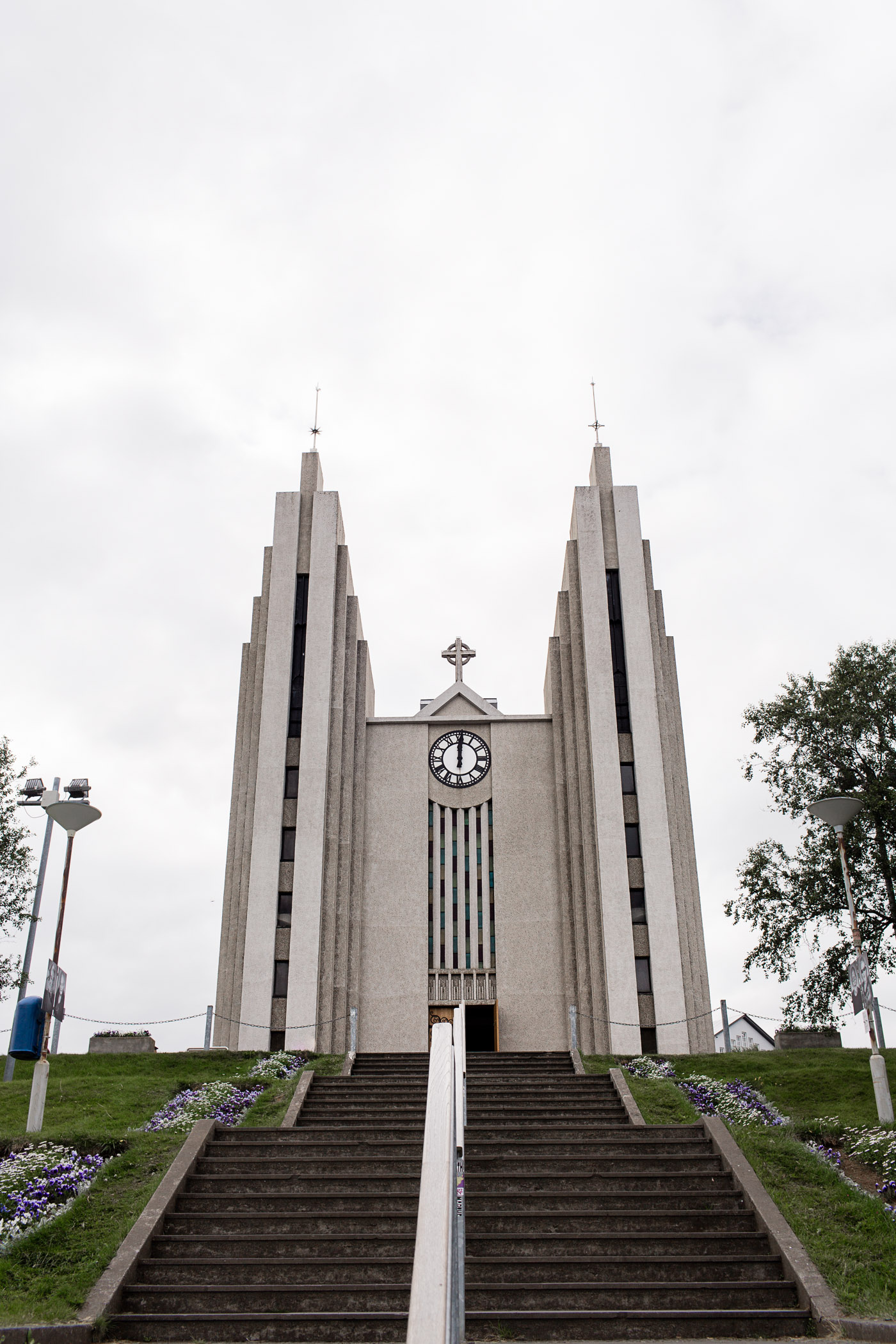 Even though the moon rose around midnight, the sun never fully set on the marshmallow farm in eastern Iceland. Our GPS signal cut out quite a bit and reverted to an older system as we made our way back toward Ring Road. We must have been spoiled to be the one of the only cars on the road up until then, because it felt a little bittersweet to come back to it.

As we drove north-east the scenery quickly began to change. The plants and greenery became less and less, and we even came across less sheep running across the road in front of us. The ground became more red-colored and the sun shown an enormous halo around itself.

After driving for quite some time we came to Hverir geothermal area and stopped (along with all the other tour buses, womp womp) to check it out. The area smelled heavily of sulfur as the mud pots bubbled and the vents let off steam. Signage and ropes marked areas that were safe to stand, but we still held our little one tight.

Our next destination was the Myvatn Nature Baths for a soak in our first hot springs bath. The water glowed a milky blue color and the temperature was just right. The views that looked over lake Myvatn are hard to beat as you soak in the relaxing water. Sadly, we had to move on.

We made a quick stop at Dimmuborgir before heading on to Goðafoss and checking in to our hotel in the second largest town in Iceland, Akureyri. Dinner at a restaurant that included offerings of puffin (We didn’t order it!) and reindeer burger left us full as could be.

The next morning we did some exploring around the main strip before heading to our next destination in the land of the seals. Going west along highway 1 brought us through some beautiful countryside, but we pulled off the main highway again to go explore Hvítserkur, a giant rock sticking out of the water. The weather wasn’t very favorable but we hiked on anyway since we had no other plans for the day.

Back on the road brought us quickly to our mini-cabin above the town of Hvammstangi, and although small, it was well laid out and comfortable enough for us.

I have a friend who visited Iceland recently, and it was amazing to look at her photos. I had no idea the views were so spectacular, especially the northern lights. I would like to drive around the coast there soon!

Memories of the Pacific - Cristina
REPLY

Iceland has been on my bucket list for a long time. Landscapes must be breathtaking, I’d also love to see the aurora borealis.

This pictures are perfection!! I’m definitely intending on heading to Iceland one day and those hot springs sound amazing!
Charlene The Frugal Fashionista

That first picture of that moon is just incredible!

That photos of the moon, WOW!

I was just talking with my husband about where to go next year and this is on one of our options lists!!
elle
Southern Elle Style

That first shot is breath taking!

That moon shot is so gorgeous, so envious of your travels recently